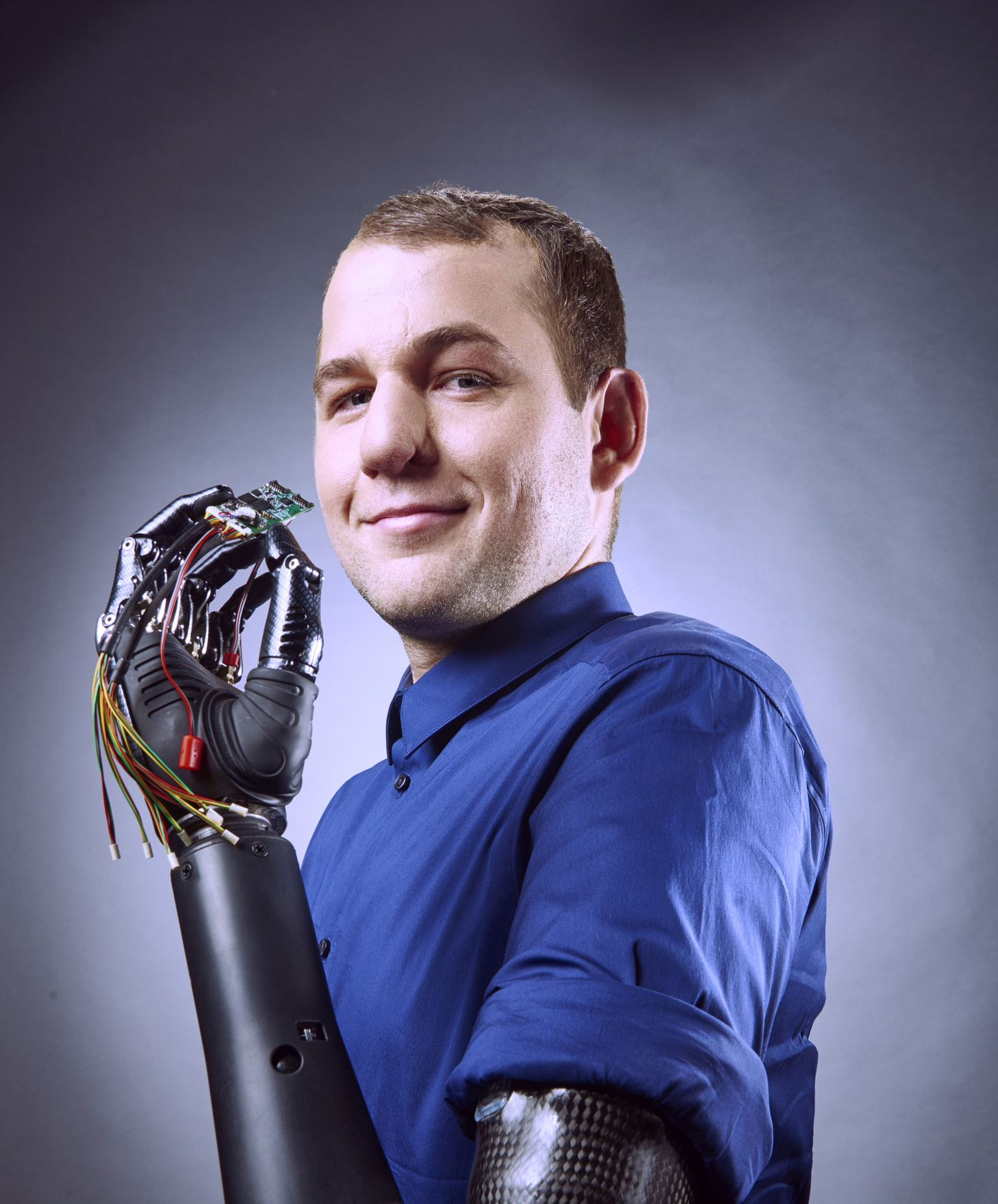 György Lévay is a Research Engineering Consultant for upper limb prostheses and Research Manager at Infinite Biomedical Technologies, a US company specializing in upper limb prosthesis accessories.
Originally from Hungary, Lévay completed his Master’s Degree in Biomedical Engineering on a Fulbright scholarship at John Hopkins University. There he conducted research in machine learning-based control algorithms and digital signal processing strategies for upper-limb prostheses.

In 2015, Lévay led a design team that won the Grand Prize in the Intel-Cornell Cup with GEAR (Game-Enhancing Augmented Reality), an assistive device that allows people with upper-limb deficiencies to control computers with their feet. The idea behind the device came from Lévay, a passionate gamer, who lost his hands to a meningitis infection, and therefore lost the ability to play computer games.

Lévay is committed to presenting the state of technology for upper limb prostheses in an easily digestible way, highlighting both the advancements and limitations. He believes that as speech recognition began as an assistive tool for the visually impaired and become a part of everyday life, prosthesis research is a foundation of organic human-machine interfacing for all of us in the not-so-distant future.